A Brief Oveview of Biogas Industry and Applications of Compressors

Raw biogas contains about 60-70% methane (CH4), 30-40% carbon dioxide (CO2), traces of hydrogen sulphide (H2S), and fractions of water vapours. The widespread usage of biogas is hampered because of its associated problems, like low energy density due to impurities, generation at low pressures, the absence of means for storing and transporting, etc. However, if provisions are made to purify, compress, bottle, and make it transportable, it can be used as an energy source.

The precise composition of biogas depends on the type of feedstock and the production pathway, these include the following leading technologies:

Biodigesters : These are airtight systems (e.g., containers or tanks) in which organic material, is diluted in water, and is broken down by naturally occurring microorganisms. Contaminants and moisture are removed before the use of the biogas.

Wastewater Treatment: Plants should be equipped to recover organic matter, solids, and nutrients such as nitrogen and phosphorus from sewage sludge. With further treatment, the sewage sludge can be used as an input to produce biogas in an anaerobic digester.

Biomethane: Is a near-pure source of methane produced either by "upgrading" biogas or through the gasification of solid biomass followed by methanation.

Upgrading Biogas: This accounts for around 90% of total biomethane produced worldwide today. Upgrading technologies use the different properties of the various gases contained within biogas to separate them, with water scrubbing and membrane separation.

Thermal Gasification of Solid Biomass Followed By Methanation: Woody biomass is broken down at high temperatures (between 700-800°C) and high pressure in a low-oxygen environment. Under these conditions, the biomass is converted into a gas mixture, mainly carbon monoxide, hydrogen, and methane (sometimes collectively called syngas). Syngas is cleaned to remove any acidic and corrosive components to produce a pure stream of biomethane. The methanation process then uses a catalyst to promote a hydrogen and carbon monoxide reaction of CO2 to produce methane. Any remaining CO2 or water is removed at the end of this process. Biomethane is indistinguishable from natural gas and can be used without any changes in transmission and distribution infrastructure or end-user equipment, and is fully compatible for use in natural gas vehicles.

What are Biogas and Biomethane?

There are multiple production pathways for biogas and biomethane. Can use a wide variety of feedstocks to produce biogas. The different individual types of residue or waste were grouped into four broad feedstock categories:

Animel Manure: Is produced from livestock, including cattle, pigs, poultry, and sheep.

The Organic Fraction of MSW:

MSW also includes some industrial waste from the food-processing industry.

Specific energy crops, i.e., low-cost and low-maintenance crops grown solely for energy production rather than food, have played an essential part in the rise of biogas production in some parts of the world. Using waste and residues as feedstock avoids the land-use issues associated with energy crops. Energy crops also require fertilizers (typically produced from fossil fuels), which need to be considered when assessing the life-cycle emissions from different biogas production pathways—using waste and residues as feedstock can capture methane that can otherwise escape the atmosphere as they decompose.

Schematic Drawing for Biogas Plant and its Application: 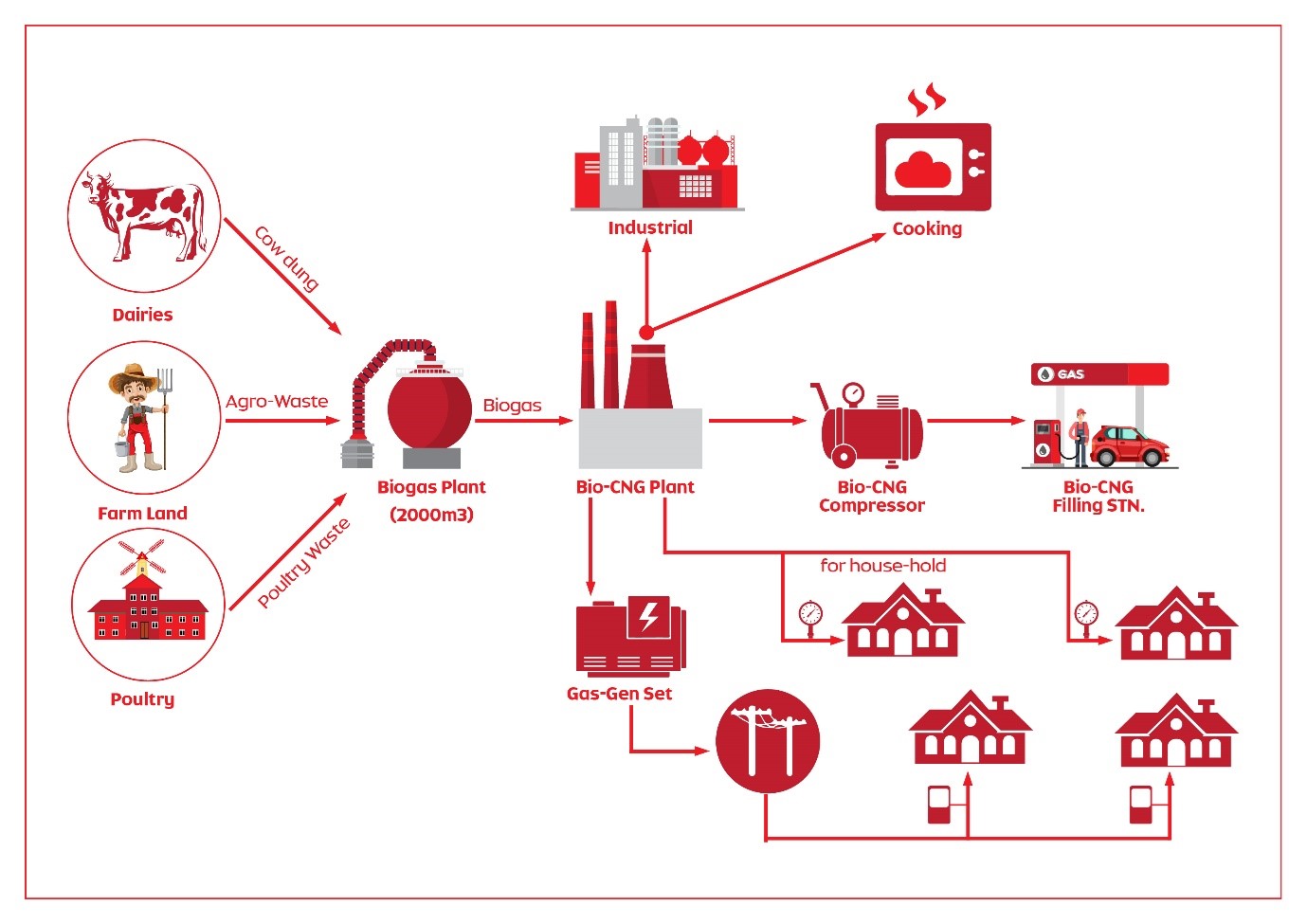 Initiatives by the Government of India to Promote Biogas:

India is among the fastest-growing economy globally, and its energy consumption is slated to increase rapidly. India's dependence on fossil fuels for its energy needs has two significant concerns, i.e., a growing import bill and the carbon emission. The country now imports close to 85 percent of crude, which roughly translates to 45% of primary energy demand, and this is only going to go up shortly. This trend has enormous implications for the energy security of the country. The government of India has set a target of reduction in import dependence by 10% from 2015 to 2022.

The government of India has prepared a road map to reduce the import dependency in the oil & gas sector by adopting a five-pronged strategy,

At the heart of every CNG system stands the high-pressure compressor. Sauer CNG Compressors and boosters are specially designed for natural gas applications and represent the most efficient and safe solution for all kinds of CNG systems. 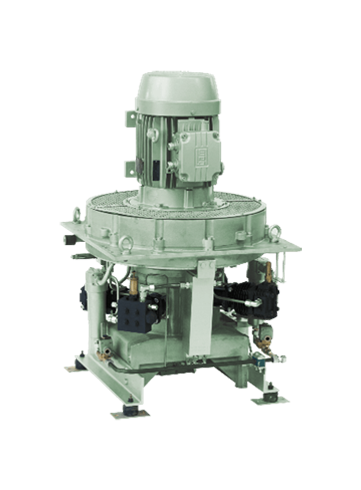 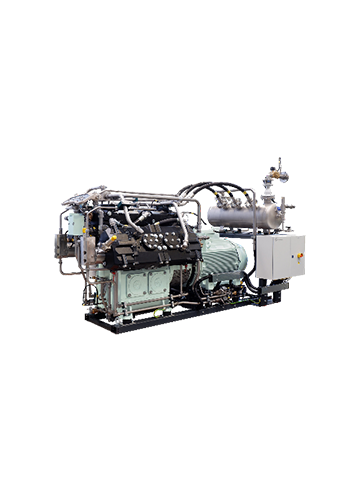 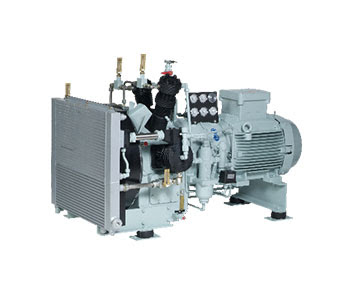