Experience the advantages of Sauer Compressors

Seagoing people are some of the most experienced, hands-on individuals, in today’s technical world. They know what they are talking about. After all, they have to keep their ship operational, even under the most extreme conditions. Their skills are the result of years of evolution, acquired through learning from mistakes and accomplishments as well as from experience and expertise handed down from generation to generation.

They deserve compressors which have been developed in the same way- through evolution and not revolutionary designs developed on a purely theoretical basis in laboratories and universities. Take a closer look at Sauer compressors for shipping and experience the advantages of evolution in compressor designs. 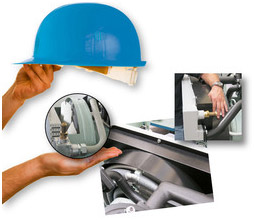 The air-cooled three-stage design / the fully water-cooled cylinders, keep the temperature of surfaces well below those found in other designs, which consequently require full covers.

At the same time, intrinsic technical features protect the crew from any rotating parts, whilst allowing instant visual checks of all functional parts since, no cover needs to be removed. 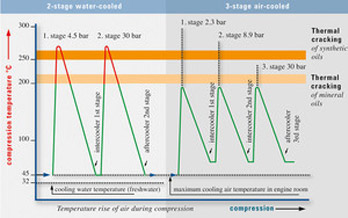 Developed back in the 1970s, the three-stage, air-cooled compressors have been gradually upgraded, taking into account the experience gained through more than 3,000 units delivered every year and the constant feedback from the shipping community. The partition of the 30 bar in three stages result in lower stage pressure ratios and consequently lower compressed air temperatures. This leads to considerable longer maintenance intervals. At the same time, the units are easy to integrate and install resulting in lesser overall costs to the ship yards for installation & commissioning. Shipyards estimate the costs with $7,500 for a post-Panamax container. With their advanced, state-of-the-art design, the three-stage, air-cooled compressors are the ideal choice for starting-air applications. 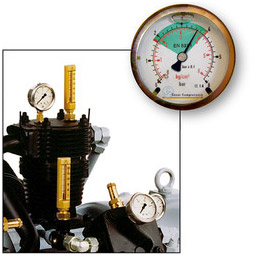 A ship is not a computer which can simply be re-booted. All Sauer compressors are therefore equipped with classic monitoring devices such as thermometers and pressure gauges.

These provide the crew with comprehensive information on the compressor’s running state, at a glance. If necessary, electronic monitoring systems can be installed, in addition to the classic monitoring.

Sauer developed and began delivering compressors with speeds of up to 1,800 rpm back in the 1970s. Although the piston speed never exceeds 6 m/s, such compressors require different technical features to ensure safety and reliability – the prominent features of Sauer Compressors. These features have been tested and optimised under extreme conditions, taking into account the experience gained during more than 100 million operating hours. 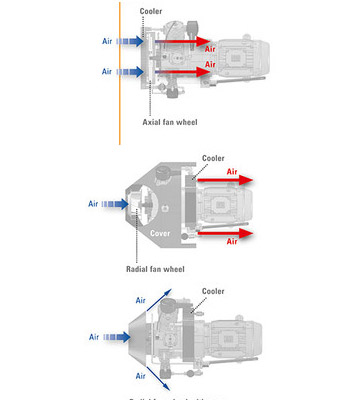 We use only fully-covered axial fan wheels for our three-stage air-cooled compressors.

These produce much less noise and offer increased cooling capacities in open configurations, compared to radial fans which can produce higher pressures but require a full cover for reliable cooling. 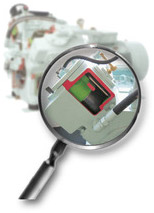 If you require water-cooled compressors, you need fully water-cooled units rather than compressors, wherein only the intermediate coolers are cooled by water and the cylinders by air. Such a design only has advantages for the manufacturer, who can use the same parts for air and water-cooled designs.

This reduces the costs involved but leaves the ship’s crew with an unfavorable compromise. Sauer compressors, however offer a truely “Real Water Cooling” solution which guarantees trouble free and reliable performance in most demanding applications. 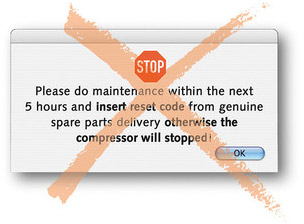 Sauer compressors are easy to maintain. 4 simple maintenance routines and the “Easy Care Concept” using pre-defined spare parts kits allow even inexperienced crews to carry out the work, when necessary.

The maintenance intervals are fixed and are guaranteed including safety margins. However, we are of the opinion that the systems to monitor the intervals electronically can never replace the responsibility and experience of the ship’s crew. 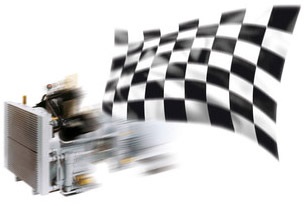 During the evolutionary development of our starting-air compressors, we had to make resolute decisions on many issues. A few of which were; Should we save money to be more competitive at the yards but at the same time sacrifice reliability? Should we offset technology with design? The answer in both cases was “No” ! Our main design principle always has been and always will be driven by technology and reliability, as this has formed the basis for the success of Sauer compressors in the past.